Take control of your plugins

State what packages your project needs in the project manifest:

GetPack takes care of installing, removing and upgrading packages for you; simply state what you want in your project manifest and run GetPack’s gpSync task.

Unity developers use plugins to reuse great work and avoid reinventing the wheel, but it’s much harder for plugin makers to do the same.

Unity plugins are forced to bundle dependencies, causing plugins to conflict with each other and much pain for everyone.

GetPack uses Gradle’s dependency management so plugins can declare dependencies instead of bundling them.

GetPack supports any existing plugin directory structure including multiple root folders, and uses the .unitypackage format for packaging Assets, so Asset GUIDs and metadata are preserved.

Follow Gradle’s installation instructions ensuring that it is added to your path; check that running gradle from the command prompt succeeds.

An installer will automate installing GetPack and its dependencies.

Back up your project!

You are strongly advised to use an SCM tool like Git or SVN when using GetPack.

GetPack is implemented as a plugin for the Gradle build system.

You install, remove and up/downgrade packages just by editing your manifest and synchronising.

The project manifest is found at getpack/project.json.

You can copy this sample

Try pasting it into your own project manifest and running gpSync.

Package identifiers are made up of the publisher, the name of the package and a version, colon delimited.

Packages are installed, uninstalled and upgraded with a single task; gpSync, which synchronises the packages installed to match those declared in the project manifest.

gpSync detects any changes made to the project manifest since the last execution of gpSync, such as new, removed or changed packages, and performs any necessary installs, uninstalls or upgrades.

All GetPack tasks automatically find and launch the correct version of the Unity Editor for your project if it isn't already open.

GetPack uninstalls a package if it is removed from the project manifest (and not a transient dependency of another package).

The uninstallation process removes a package’s files from the project except files that have been modified.

GetPack upgrades a package when its version number in the project manifest has changed since the last gpSync.

GetPack performs a three-way comparison between the current version installed in the project, the incoming version to be installed, and the local files as they currently exist in the project. 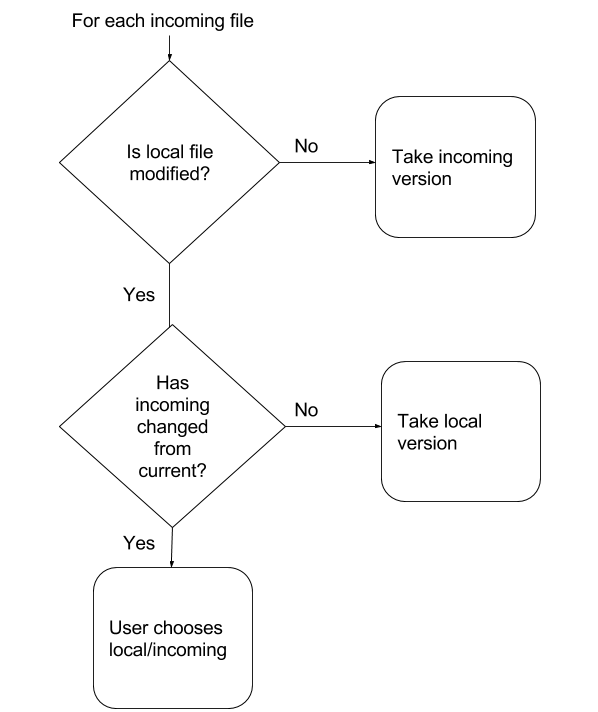 In order to detect changes to the project manifest, GetPack maintains another JSON file called the shadow manifest, at getpack/project.json.state.

GetPack updates the shadow manifest automatically during the synchronisation process and it should not be manually edited.

The shadow config should be versioned alongside your project

(If you version your dependencies in your SCM)

Packages are declared in the publisher configuration at getpack/publish.json.

You can generate a template package configuration with the gpCreatePackage task:

This will create a new package configuration to be set up as follows:

If you then run gradle tasks you will see new publishing related tasks for your package:

GetPack creates a new task for each package called publish[Publisher][Name], so you can publish individually

Or all packages in a project can be published in a single command:

GetPack publishes packages in the Apache Ivy format, and a package consists of two main files.

A .unitypackage file
This contains all Assets and metadata in the normal Unity format.
A .manifest file
This is a JSON file describing the Assets in the package; their GUIDs, paths and file hashes, used by GetPack when uninstalling and upgrading packages.